Before getting into the rhetoric, I want to thank you all for your feedback on my work. Thanks!

So I found myself digging back into some old files and I found these. I worked on this pilot show "3.2.1.Penguins!" six years ago. I have to admit that despite the production limitations (which were very many) it was fun working on it. I got to work with the amazing Michael Spooner who became my mentor. His talent and generosity are not of this world. 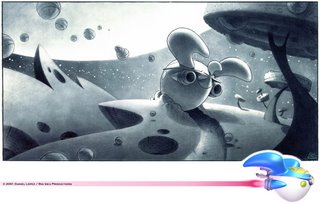 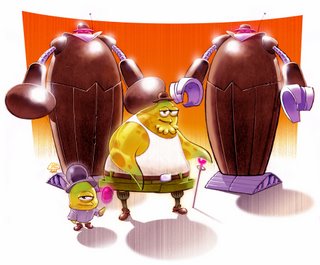 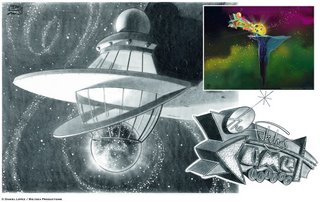 #1 was for the penguins' spaceship, which was probably the most fun to design. Inside and out. I even ended up modeling it in the computer, for the show. I inspired the design from Raymond Loewy's 1934 pencil sharpener.
#2 was for an episode with jelly aliens whose mob boss was this scout leader named Uncle Blob. I created a whole set of characters and gags that ultimately were not used. The only thing that was used from what I proposed for that show was the name of Uncle Blob. Ha! Showbiz baby!
#3 was the Space Lounge where the Penguins would perform the end show musical number as a throwback to Hanna-Barbera's "Banana Splits" show.

Before production got started and Peter was signed onto the project, we got a chance to let loose and draw some characters during Development. 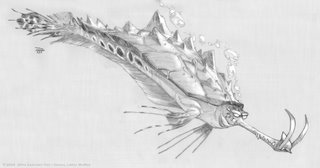 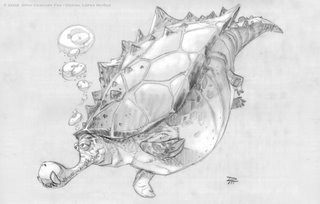 I was given the task to design the environments for the film. I did this image during Development. A volcanic ecosystem emerging from the ice.

Two movies I worked on for my former employer.
What an Amazing group of talented artists in that studio. 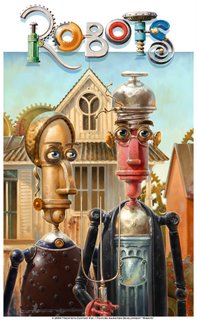 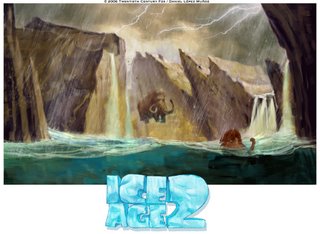 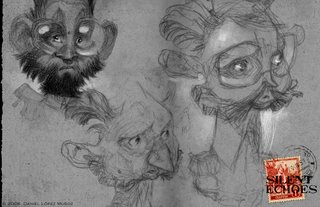